Everything You Need To Know About Lead & Its Risks 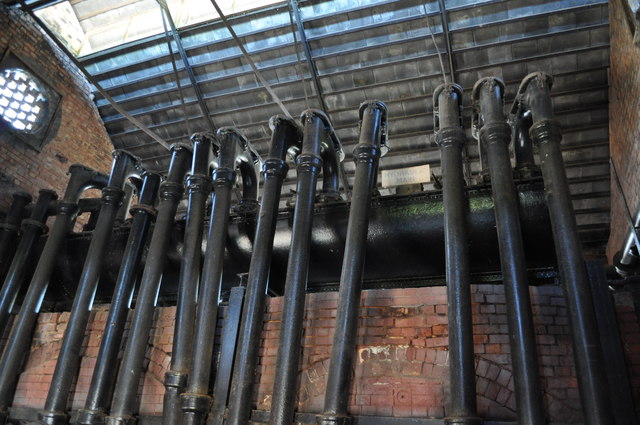 September 29, 2016 By Marketeer No comments yet

Lead has been in the headlines recently because of the much-publicized water crisis in the city of Flint, Michigan, as well as soaring lead contamination rates on Native American reservation lands. Old pipes that had been constructed using lead were flooded with improperly treated water, which in turn absorbed more lead from the pipes than is considered safe for drinking or bathing. Some people may wonder, knowing what we now know about lead, why it was ever used in construction.

The Science of Lead

Lead is a heavy metal. In fact, with an atomic number of 82, it is the largest atom that is non-radioactive. That atomic number, in case you were wondering, signifies the number of protons in an atom of lead. This means that compared with several common elements, lead is large and heavy. Its size makes it more malleable than other metals. Lead is a plentiful resource, with estimates indicating as many as two billion tons of the stuff available worldwide. It is also relatively easy to harvest and extract from the Earth and easy to smelt (the term for melting metal into its liquid form).

Because it is plentiful and easy to shape, it made sense for early manufacturers to use lead to form pipes. It is still used in a variety of modern applications, from radiation protection (such as the lead cover a dentist uses to prevent oral x-rays from reaching your abdomen) to batteries and bullets.

Some of the earliest uses of lead were decorative. Archaeologists have found metallic beads made of lead that are between 8500 and 9000 years old! The age of these beads, located in Asia, has led historians to believe that lead was the first metal to be smelted by humans. Egyptians also used lead in a variety of applications, from weights to help fishing nets sink to glazes and glasses. They also used lead in cosmetics, a trend which would continue for hundreds of years across a variety of cultures. Other ancient cultures used lead as currency and as a writing material. Other cultures, including the Indus River Valley civilization and Mesoamericans, used lead for ornaments, while people in parts of ancient Africa used it for wire drawing.

Lead was also used in several parts of the printing press, which led to inhalation by those who operated this machinery. Lead was also used to make early bullets, in part because it is so easy to melt and also because lead bullets caused less damage to iron guns. Records through the middle ages and into the 18th century suggest lead was used as a cosmetic to lighten the face, both in Europe and later in Japan. Of course, all of these applications were created without a modern understanding of lead’s impact on the human body.

During the Industrial Revolution, lead smelting and use reached an all-time high, leading to the development of lead poisoning in a large number of factory workers. By 1900, most paints had formulas that included lead, and lead pipes were being installed in lieu of a better alternative. Lead was also used as an additive for gasoline for decades, making it even more prevalent in the urban environment.

Variations of lead pipes have been in use since the Roman Empire. Some ancient scholars, such as Vitruvius, suspected potential health risks associated with lead plumbing and water infrastructure, but that didn’t stop the popularity of lead pipes. This construction method persisted for centuries beyond the Roman Empire.

The use of lead pipes in early infrastructure is no doubt one of the reasons why, for some time, a substantial portion of people living in the United States were recorded to have lead traces in their bodies that were above safe levels. Thanks to improvements in city and state infrastructure as well as improvements in home construction, the rates of lead contamination in humans in the Unites States has dropped to roughly 2%. However, in many older cities, there are still lead pipes that require removal and replacement, a time-consuming investment. The delay in removing these pipes has led to the poisonings reported in Flint and other areas with outdated infrastructure.

The Dangers of Lead

Lead is a neurotoxin, meaning it has a harmful impact on the human nervous system. People were already catching on to the dangers of lead, particularly in gas form, by the nineteenth century. As early as 1870, the United Kingdom began to take political steps to decrease lead poisonings in factories. By the 1930s, many countries were banning the use of lead paints in home interiors. Health issues included detriments to eyesight and dental health, anemia, as well as neurological problems. In children, lead exposure can lead to improper development of the brain and nervous system; in adults, it can cause affect the brain and nervous system performance and cause damage to the kidneys.

The Importance of Lead Testing and Remediation

While lead is considered most dangerous inhaled in its gaseous form, fewer people encounter this problem these days. Most modern-day exposure comes from consumption via lead-tainted water, lead particles in the air being ingested, or lead-contaminated soil being used to grow food. If you or a loved one lives in or is considering purchasing a home built before the late 70s, the best way to avoid potential lead exposure is to work with inspection professionals such as Hawk Environmental.

A typical inspection can test the water supply, check old paint and accumulated dust that may contain traces of lead, and otherwise locate potential existing sources of lead in the home. If lead is a concern, yard and soil testing can help rule out or address potential contamination, especially if the property is close to a road that was regularly traveled by vehicles that used leaded gasoline, such as semi-trucks.

Discover potential environmental risk factors that may exist in your home. Lead pipes can be replaced. Lead paint can be removed by a safe, professional remediation process. Contact Hawk Environmental today to discuss whether lead inspection could be necessary in your home or commercial space!